A popular type of weight-loss products, heavily promoted on the Internet, is fraudulent and illegal, Food and Drug Administration officials say.

HCG weight-loss products that promise dramatic results and claim to be homeopathic are sold as drops, pellets and sprays on the Web, in drug­stores and at General Nutrition Centers. They are supposed to be used in combination with a very low-calorie diet of 500 calories a day.

Many of the labels indicate the products contain HCG, or human chorionic gonadotropin, a hormone made by the placenta during pregnancy. The hormone itself is approved as a prescription treatment for infertility and other conditions.

There is no evidence the oral over-the-counter products are effective for weight loss, says Elizabeth Miller, FDA’s leader for the Internet and health fraud team. While they may not be dangerous, they’re at least “economic fraud,” she says.

One of the issues is the homeopathic label. Homeopathy is an alternative medicine practice of using very small or diluted preparations of medicines or remedies to treat a condition. Miller says, “We are aware of HCG products that claim to be homeopathic, but it is not recognized in the Homeopathic Pharmacopoeia.” Therefore, these products “are not recognized by the FDA as homeopathic drugs, so they are unapproved drugs and are illegal,” she says.

Miller says HCG began being used for weight loss in the 1950s when a British physician had a theory that it could help people on a near-starvation diet not feel hungry. “Since then, a lot of research and clinical trials debunked that theory.”

Samuel Klein of Washington University School of Medicine in St. Louis agrees: “Data from most randomized controlled trials show that HCG is no better than placebo in achieving weight loss or reducing hunger.”

Stephen Barrett, a retired psychiatrist who operates quackwatch.org, says, “The bottom line is there is no reason to think the product works.”

Even experts in the supplement industry say the products aren’t legal and don’t work. Andrew Shao of the Council for Responsible Nutrition, an industry group, says HCG is “not considered a legal dietary ingredient and therefore cannot be sold as a dietary supplement. I am not aware of any scientific evidence that supports its use when taken orally.”

Because HCG is a peptide hormone, it would be broken down by the stomach and rendered ineffective, he says. He says the products are mostly sold over the Internet, so it’s difficult to track sales.

Kevin Wright, president of HCG Platinum, says his company made HCG products until about two months ago; it stopped because it found a formula that doesn’t use the hormone. Some bottles of the HCG formula are still on store shelves, selling for about $70 an ounce.

Many other companies are still selling HCG products, and there are weight-loss clinics that use the prescribed injectable hormone, he says.

FDA’s Miller also has concerns about injectable versions of HCG for weight loss. The drug is not approved for weight loss, she says. Dieters getting injections of the hormone from people who aren’t licensed to do so run the risk of getting infections and can’t be sure what product they’re getting.

Get it off and Keep it off

Weight Loss Maintenance - Get It Off and Keep It Off! GET IT OFF: Diets…

CardioMender Weight Loss Question O.D. had a question about one of our recipes: "Hey Doc,… 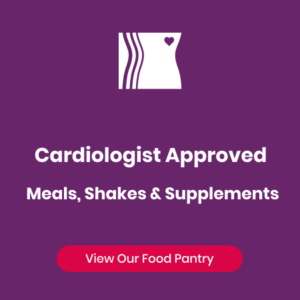